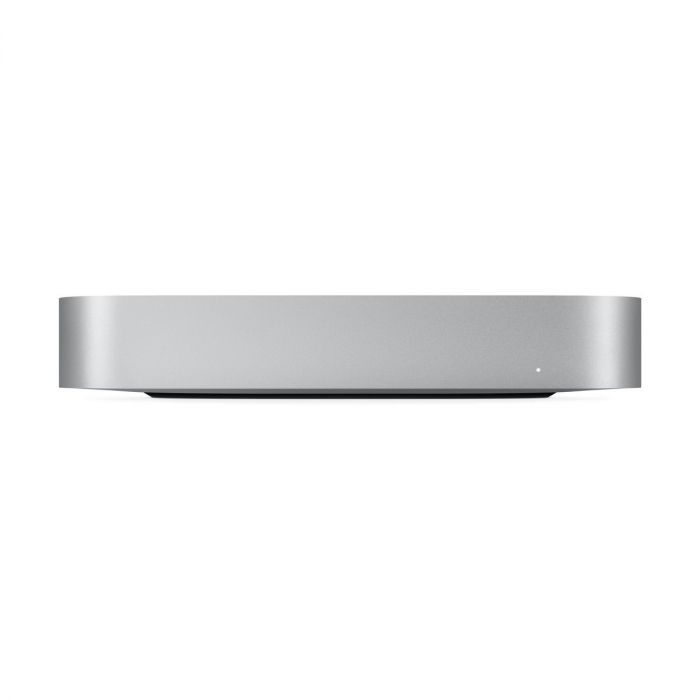 Our thinnest, lightest notebook, completely transformed by the Apple M1 chip. CPU speeds up to 3.5x faster. GPU speeds up to 5x faster. Our most advanced Neural Engine for up to 9x faster machine learning. The longest battery life ever in a MacBook Air. And a silent, fanless design. This much power has never been this ready to go.

M1 packs astonishing speed and power into Mac mini. The 8-core CPU delivers up to 3x faster processing performance than the previous generation — all while keeping its iconic 7.7-inch-square design..

The M1 chip brings up to 16GB of superfast unified memory. This single pool of high-bandwidth, low-latency memory allows apps to share data between the CPU, GPU, and Neural Engine efficiently — so everything you do is fast and fluid.

Mac mini comes with all-flash storage — up to a whopping 2TB SSD for all your photo and video libraries, files, and apps. And with speeds up to 3.4GB/s, apps and files launch and load in an instant.

The M1 chip and macOS Big Sur give Mac mini advanced security and privacy features beyond anything in its class, helping to keep your system and your data protected.

Technical specification
Processor
8-core CPU with 4 performance cores and 4 efficiency cores
Graphics
8-core GPU
Storage
8GB unified memory Configurable to: 16GB
Memory
256GB SSD Configurable to: 512GB, 1TB, or 2TB and 512GB SSD Configurable to: 1TB or 2TB
Charging and Expansion
Two Thunderbolt / USB 4 ports with support for: DisplayPort Thunderbolt 3 (up to 40Gb/s) USB 3.1 Gen 2 (up to 10Gb/s). Thunderbolt 2, HDMI, DVI, and VGA supported using adapters (sold separately)
Audio
Built-in speaker 3.5 mm headphone jack HDMI 2.0 port supports multichannel audio outpu
This website is using cookies
We use cookies to ensure that we give you the best experience on our website. If you continue using the site, we'll assume that you are happy to receive all cookies on this website.
Agree
x